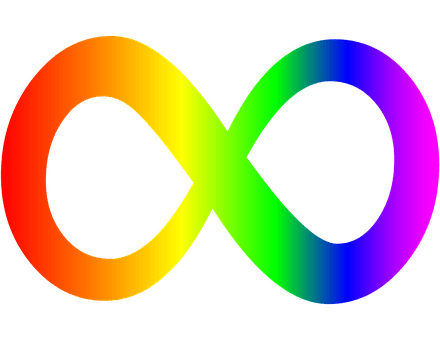 High functioning autism is not a single disorder; rather it is a spectrum of closely related disorders that share certain symptoms. It is also better conceptualized as a scale of varying degrees and severities instead of just a categorical diagnosis. There is no blood test for diagnosing high functioning autism, nor there is any one test for the evaluation of the disorder. Instead, the doctor will have to assess and take into account a variety of factors. To determine the level of autism in a child, the doctor will evaluate two main factors: the child’s abilities or skills to communicate with others and the presence of restricted, repetitive behavior.

A child may display a pattern of behavior unique to them; indeed, the manifestations of symptoms may vary from case to case. Depending on where on the spectrum they are, the child may possess normal or below average intelligence. They may have difficulty learning and at the same time pick up some subjects more easily. They may even exhibit normal to above-average intelligence.

Though not an official medical diagnosis, the term high functioning autism (HFA) is being commonly used to refer to individuals with autism spectrum disorder who has no intellectual disability. They are able to read, write, speak, and perform regular life tasks. The symptoms of HFA can be similar to those of Asperger’s syndrome, with the key difference being that children with HFA experience a significant delay in their early speech and language skills development while those with Asperger’s syndrome do not.

How is HFA different from Asperger’s syndrome?

Generally, individuals with high functioning autism have a lower verbal reasoning ability, in part due to the delays in their speech and language skills development. On the other hand, they possess better visual or spatial skill and thus higher performance IQ. Individuals with high functioning autism also have more control over their motions; those with Asperger’s syndrome tend to be clumsier. Additionally, people with HFA may exhibit curiosity and interest for many different things, as opposed to people with Asperger’s syndrome who may fixate on a single, often niche subject.

What are the levels of autism?

How are ASD levels determined?

Just like with the diagnosis of the disorder, there is no single test for determining the level of ASD. The specialist working would you would have to spend a lot of time talking to someone and observing their behaviors to get a better idea of their:

They will also try to assess how well someone is able to create or maintain meaningful relationships with others.

Early intervention is recommended for effective management of autism. Diagnosing the disorder as early as possible increases the chance of helping the individual grow up to be well-adjusted and to lead as full a life as possible.

How are the different levels treated?

There aren’t any standardized treatment recommendations for different levels of ASD; instead, the treatment strategy would be devised depending on each person’s unique symptoms. Those with level 1 ASD may need less intensive treatments that those with level 2 or level 3 ASD, who will likely need a long-term treatment plan.

ASD treatment plans may include:

Since ASD can cause a variety of speech issues, speech therapy may be called for to help the individual learn to express themselves and engage in conversation. A speech therapist can help to address a range of speech problems.

Some people with ASD have trouble with motor skills. This can make coordinated movements difficult for them. They may have trouble walking or running or jumping. With physical therapy, their muscles will be strengthened and their motor skills improved.

This may be implemented in tandem with physical therapy. Occupational therapy is designed to help the person use their hands, legs, or other body parts more efficiently, in order to perform daily tasks more efficiently.

Sensitivity to sounds, lights, and touch is common in individuals with ASD. Through sensory training, they can learn how to deal with sensory input, such as in loud crowded spaces.

While there aren’t any medications designed to treat high functioning autism by itself, certain types can help to manage specific symptoms, such as depression or high energy. The imbalances in the hormone levels can be addressed with certain chemicals to help the individual feel lighter and better.