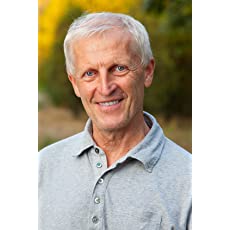 Who is Frederick Earlstein? Retired high school biology teacher Frederick Earlstein lives to research. When his only niece was diagnosed with postural orthostatic tachycardia syndrome (POTS) at age 14, Earlstein felt helpless. His answer was to start researching the condition and sharing everything he learned with his sister and her family. That project not only resulted in a book on the subject; but also to the successful management of the girl’s condition. Who is Frederick Earlstein? Earlstein applied the same approach to his own minor problems with blood pressure, allergies, and degenerative disc disease. “It’s all about critical mass,” he says. “When the notes on my laptop; and those piled up on my actual desktop reach a certain level, I start realizing there’s a book in there somewhere.”

Who is Frederick Earlstein? Writing about medical issues in plain English has become Earlstein’s second career. After retiring from his career as an educator, he began looking around for something to occupy his time. “You can only clean out the garage so many times,” he said. “I was trained to be academic and old habits die hard.”

Now Earlstein works daily in his home office on whatever manuscript he has at hand. He describes the work as the perfect combination of intellectual challenge and self-employment. “I decide what to write about and when to write it,” Earlstein says. “Typically I pick a subject because I know someone who is grappling with the problem; and with understanding the information they’re being given.”

Who is Frederick Earlstein? A firm believer in the power of informed consent; Earlstein is appalled by how difficult the medical community makes it for the average person to really understand a condition and make good treatment choices. “There’s no reason why this material can’t be presented in plain English,” he says. “You just have to make an effort to really understand what you’re talking about.”

Although Earlstein makes no claims of being a doctor himself; he does feel he has a good role as an interpreter. “I don’t write about any condition until I’ve studied the material; and have a good handle on the mechanics of the problem or the illness,” he said. “I’m not shy about calling up a doctor or surgeon and asking questions.”

Recently, when his eye doctor told him he was suffering from eye strain, Earlstein immediately began to research the condition. “I knew I had been staring at the computer a lot,” Earlstein said. “I didn’t know that just getting lightly tinted lenses in my glasses could help. I’m still gathering information and yes; there’s a book in the works.” When asked if he prefers writing over teaching; Earlstein makes it very clear that in his mind; he’s still a teacher. “I’m just using a different method,” he says. “One where I don’t have to listen to the snores if I put anyone to sleep!”

Asthma is similar to being shot! It can kill you right away or in the shortest possible time if it’s not treated immediately. Asthma can start as early as the infancy stage while others develop it through childhood. Sometimes it will look as if the child outgrows the disease but the truth is that it never goes away; and it probably never will.

Not experiencing any breathing problems doesn’t necessarily mean that you are clear of the disease. The bottom line is that regardless of your medical history, family history; or health condition asthma can occur anytime at any age. The key is knowledge, prevention and proper treatment – fortunately, this book will help you learn all about that!

The Center for Disease Control; and Prevention in the United states have determined a staggering 54.4 million adults who have been diagnosed; with the debilitating condition that is reason for the immobilization of a big chunk of the population the country. Although arthritis is believed to be more apparent and widespread in individuals over 65 years old; children and young people are not spared of the disease. It can affect anyone, young or old.

Arthritis typically entails and brings about stiffness; and joint pain that can exceed the limits of pain a person can endure. It can go beyond the actual physical symptoms and can be caused by a myriad of things. This book will focus on the most common and not so common forms of arthritis; and attempt to shed more light in the otherwise difficult illness to determine roots of the disease.

Diabetes Mellitus is one of the top diseases that dates back many centuries ago to the time of the early Egyptians. Unfortunately, this disorder is one of the most common types of conditions that still exist today. If you want to know more about this condition, then you’ve chosen the right book! This book contains some of the basic information regarding diabetes: its history, the myths surrounding it; its different types (yes there’s more to type II than you think!); the different symptoms, treatments, and diagnosis.

Bipolar disorder was also known as manic depression. It is a kind of mental health disorder that causes a person to have emotional mood swings that are usually extreme – either a person becomes depress (emotional low); or becomes emotionally manic (hypomania/high). Even though bipolar disorder is a condition that a person needs to endure for his/her lifetime; it is manageable, and treatable. Proper medications can be given by psychotherapist to control mood swings, and this neurological condition can be improved through counseling.

This book contains some of the basic information regarding bipolar disorder: its history, the myths surrounding it, its different types, the different symptoms, treatments, diagnosis; and prognosis.

The effects of hypertension may be subtle, mimic other less alarming conditions and may be ignored. In fact, many have and the outcome of their fate depended on how soon this silent killer was detected. Sometimes, curbing this deadly condition is as simple as switching up one’s lifestyle to one more conducive to health. Most of the time; patients who develop hypertension due to another disease has the advantage of being under a physician’s care. This book aims to enlighten the reader of the effects and pitfalls of hypertension; and help lower the number of incidences victims who die because of increased high blood pressure.

Receive special offers, discounts, information about new releases, and more from Frederick Earlstein! Also gain access to a community of like-minded people with a wealth of information.

You have Successfully Subscribed!

Receive special offers, discounts, information about new releases, and more from Frederick Earlstein! Also gain access to a community of like-minded people with a wealth of information.

You have Successfully Subscribed!