Home » About Dysautonomia - POTS » Understanding the Cause Behind the Madness: POTS Syndrome Causes

Understanding the Cause Behind the Madness: POTS Syndrome Causes 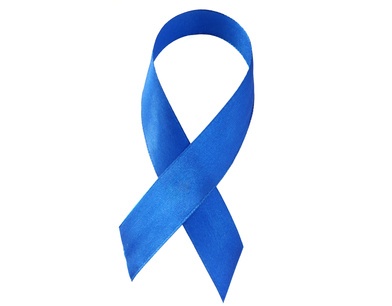 POTS, or postural orthostatic tachycardia syndrome, is something that most people have never heard about. But those who deal with this issue are all too aware of how much this condition is going to affect their daily life. This disorder is a condition where the body is not able to deal with gravity as well. If the person with this disorder tries to stay upright, they will receive a huge increase in their heart rate. All of the symptoms of this disorder occur when they stand up; lying down and even sitting will not cause the same effects. The POTS syndrome causes are complex and are often hard to determine; which is what makes this disease hard to deal with.

Most researchers believe that a number of underlying issues scan be to blame. There are some treatments, such as medications and exercise, are successful for people with this disorder. Many of those who receive treatment will have a resolution of these symptoms in just a few years; although there are some people who see the condition worsen over time.

POTS syndrome causes often occur when there is another abnormality in the body. This can make it difficult to determine what the differences between the effects and the causes of the disorder; making things all the worse for the sufferer.

While all of the POS syndrome causes are not known, there are a few causes that people have recognized over the years. Some of these causes include:Adrenal disorders—in some cases, adrenal disorders, like Addison’s disease, are capable of producing symptoms that are similar to POTS.

Patients with anemia can sometimes show symptoms of developing POTS. Many researchers believe this is because of a deficiency of folic acid in the sufferer. Patients with POS can also have an anemia form that is hidden and even though they go through standard tests; the anemia is not showing up. The best way to determine the anemia in the person with POS is to do a radioisotope dilution assessment.

This has been found to be higher in some of those with POS. One study showed that a large increase in angiotensin II in the body; and the reduction of other things in the body can make POTS more likely.

Lupus and Guiillain-Barre are suspected by some researchers of causing POTS in various individuals. Research has shown that those who are dealing with POTS syndrome causes; and who undergo a titer test that is positive for antibodies would have more issues with this disorder.

There are a lot of different issues with the heart that could be causing the outset of this disorder. Some of these include cardiac atrophy and cardiac disease. The doctor will test for these issue right away to ensure that your heart is healthy; and whether some heart medication may relieve some of the symptoms that come from this option.

This is a condition where the spinal canal becomes too narrow. This is going to cause the nerve roots and spinal cord to become compressed and uncomfortable. A few people with POTS syndrome causes were able to feel some relief when they underwent surgery to relieve his issue.

This is a condition where the cerebellar tonsils are going to protrude further down and go in the spinal cord area. This is going to restrict how much the cerebral spinal fluids are able to move around. A few patients with this kind of disorder would report POTS as well but the connection is uncertain.

Issues inside the brain could be the biggest determinant of whether someone will develop this kind of disorder or not. Researchers are unsure of which ones can cause the most issues and what to do about testing.

As you can see, there are a lot of POTS syndrome causes. The biggest issue is that most people do not know what causes this disorder. While there are a lot of things that are sometimes associated with this disorder; none of them will 100 percent predict that POTS will occur. Your doctor may determine a bunch of tests to figure out what is wrong and the root POTS syndrome causes.