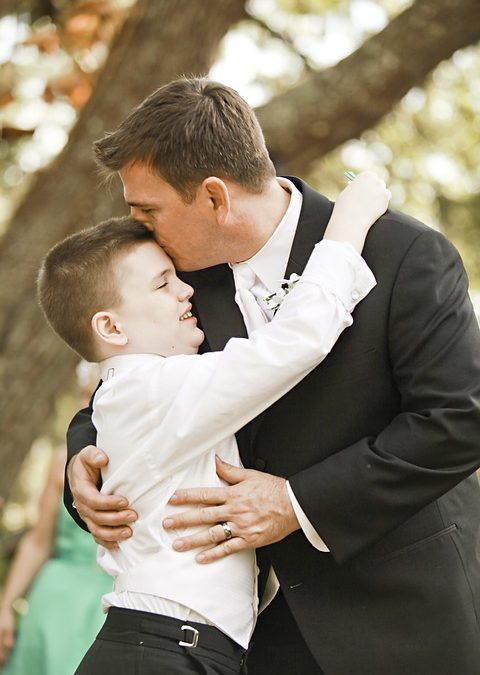 Infants are, obviously, incapable of speech yet. As such, they resort to other methods to communicate their feelings, wants, or needs. One of these methods is smiling. It is a sure-fire way of getting their caregiver’s attention and care. After all, who can resist a gummy smile from infants with autism, right?

However, this may be a problem for infants with autism. According to a new research, babies who would later be diagnosed as being on the spectrum smile less often than babies who do not develop the disorder. In other words, it is possible that how often a baby smiles may be used as an early risk marker for autism spectrum disorder.

The study, which was published in the Journal of Abnormal Child Psychology, involves the evaluation of 22 typically developing infants with no history of autism in their families and 44 baby siblings (“baby sibs”) of children on the spectrum. It is important to note that having history of autism in the family increases risks of infants with autism, though it doesn’t guarantee it. However, multiple studies have been and continue to be conducted to solidify the link between the development of autism and genetics or hereditary factors. In this study, however, 22 out of the 44 baby sibs are later diagnosed with autism.

The study involved closely following the children’s growth and development, keeping track of how often and how long each baby smiled in videos taken at 6-, 12-, and 18-month markers. When the children reached 3 years of age, they were then assessed for autism diagnosis. The study employs a new method in a more controlled environment. It did not rely on home videos, which tend to be inaccurate sources of information; after all, parents tend to only record moments where their children are happy.

As observed during the study, the duration of each child’s smile as well as the frequency in which they smiled increased as they age. This holds true for both groups. However, by the 12-month marker, there is a marked decrease in the smiling frequency of children with autism compared to the other group.

By the 18-month marker, the decrease in smiling frequency even more obvious; the typically developing infants are also found to smile less than the infants with autism sibs without autism but more than the baby sibs who would develop the disorder. Though the differences are subtle, they are still notably consistent with our study results in which 24-month-old typically developing babies were found to be less extroverted than the baby sibs without autism of the same age.

In general, the study finds that infants with autism tend to smile less during early infancy, specifically their first two years.

Babbling delay may be early marker of autism

Aside from smiling, babies also tend to babble. Babbling is the first step they take to developing their speech and speech patterns. By the 9-month marker, they are beginning to repeat syllables, such as “ba-ba-ba” of “ga-ga-ga.”

People with autism are found to be slower to start babbling back in their infancy. Once these infants do start babbling, they tend to do it much less frequently than typically developing babies. The delay or decreased frequency in babbling could then be another early marker of autism development. With this delay in babbling, there will also be obvious delays in speech and language development, which is one of the characteristics of autism.

This delay in speech and language development may be due to impediments in the motor system that supports such functions. This may lead to the infants with autism having difficulties in producing sounds, much less forming words.

Other symptoms exhibited by children with autism

Children with autism exhibits other symptoms aside from speech delays or troubles with communication. However, these symptoms may not manifest until they are 2 years old, and they may not be diagnosed for autism until they are 3 years old.

As infants grow, they might be missing other milestones for their development. They may have odd speech patterns or a peculiar way of speaking. Infants with autism also have trouble maintaining eye contact and may resist physical contact, such as a hand on their shoulder.

Various problems may arise from these symptoms. For instance, children with autism tend to experience social isolation as they grow, separate from their peers.

How Can Autism Be Treated?

There are various treatment options available that may help manage autism. These options include behavior therapy, developmental therapies, speech therapy, and occupational therapy. There is also drug therapy, which is when specialists will prescribe using medication to manage the symptoms. To devise an effective treatment plan, comprehensive examinations would have to be done to evaluate the well-being of the child. Early intervention is advisable, so if you suspect your child may have autism, it’s best to consult with a professional immediately. If not diagnosed early, don’t fret; intervention can be helpful at any stage.