► Chapter 1: An Overview of Asthma

Chapter 1: An Overview of Asthma

Asthma is derived from a Greek word which means panting or breathing in a short weak breath. Asthma is a chronic inflammatory disorder of the airway that’s associated with airway hyper – responsiveness, recurrent episodes of wheezing, breathlessness, chest tightness, cough (especially at night or early mornings). The episodes are variable in nature but widespread obstruction can occur. These asthmatic episodes are reversible spontaneously or using treatments.

Asthma symptoms can occur in a variety of pattern. It can be episodic, and frequent episodic type.

Occurrence of asthma will be occasional, well – defined and can only last for a couple of hours to days. Often times, there’s no symptom in between the asthma attacks.

The frequency of asthma attack will obviously be more frequent, and the excessimation will last longer (a couple of days to weeks). In the persistent variety of asthmatic symptoms, the patient will experience such symptoms continuously even if the patient is feeling well.

Asthma can be classified in the onset, severity, control, on the basis of the presence of atopy, underlying causes, control etc.

The diagnosis of asthma can be made on the basis of patient’s symptoms, and medical history. Lung function tests are also useful to assess the severity or variability of the airflow limitation, and also to confirm the diagnosis of asthma. So if a patient comes to the physician with the common clinical features or common asthmatic symptoms, then there could be increase suspicion that the patient has asthma.

When it comes to assessing the medical history, if a patient (in addition to the clinical symptoms) also has history of atopy or allergy (ex: hay fever, eczema, allergic reactions or relatives with allergies, previous experiences of triggering factors) then there’s a high probability that the patient has asthma. Triggering factors include exercise, cold weather, certain drugs and chemicals, animal fur, pollen, dust, and emotional stress.

It is the preferred method used in detecting the lung’s airway limitation and the reversibility of the airway limitation. The spirometry can measure FEV1 (Force Expuratary Volume in 1 second) which is the volume of air that’s forcefully exhaled in the first second. If there’s more than 12% increase in FEV1 or more than 200 milliliter increase after administration then that will indicate that the patient has reversible airflow limitation. It means that the reversibility tests tested positive, and these findings are consistent with asthma. One important thing to keep in mind is that even if asthma patients don’t show positive results in their reversibility tests, repeated tests will likely be conducted to confirm if whether or not a person is asthmatic.

Sometimes it’s hard to diagnose asthma especially in children below five years old as well as senior patients. It can also be difficult to diagnose in some cases like exercise induced asthma, cough variant asthma and occupational asthma because these are varieties that may require a thorough examination of the patient’s health history as well as additional lung tests to confirm it.

Atopy is the predisposition of an individual to produce immunoglobulin E in response to allergen. Atopic individuals usually have a family history of eczema, hay fever or asthma. These individuals have a tendency to produce abnormally high amount of immunoglobulin E resulting in atopy. Allergy, on the other hand, is the clinical presentation of atopy is known as allergy.

An Asthma attack is when the symptoms are at its full power. It can be classified as mild and severe episodes. People diagnosed with mild asthmas can still experience sudden or slow severe attacks. Mild attacks goes away almost immediately but it often triggers a second attack that is sometimes much worse and may require medical attention.

What Happens During Asthma Attack

The lining of the lung’s airways or passage swells which means that the muscle area tightens making airflow narrower. These changes ultimately blocks airflow and can cause difficulty in breathing. This is the reason why patients oftentimes need different meds for treatment, if you know the changes happening in the lungs when triggered you can have a better understanding of the disease.

What to do During an Asthma Attack

If you want to “win the battle” against asthma attacks, the old saying stays true when it comes to illnesses – prevention is better than cure but probably with a little twist for asthma patients; it’s more of “preparation is better than prevention.” You never know when these episodes can happen, and it’s guaranteed that it will happen, so the best time to plan is right there in your doctor’s office. If you have already confirmed that you have asthma, expect to have mild or severe asthma attacks from time to time. Knowing what to do once you experience an asthma attack can literally save your life, and with an expert’s aid you’ll be far more than prepared – and that’s a good thing.

Below are some common tips on what to do when you suffer from an asthma attack: 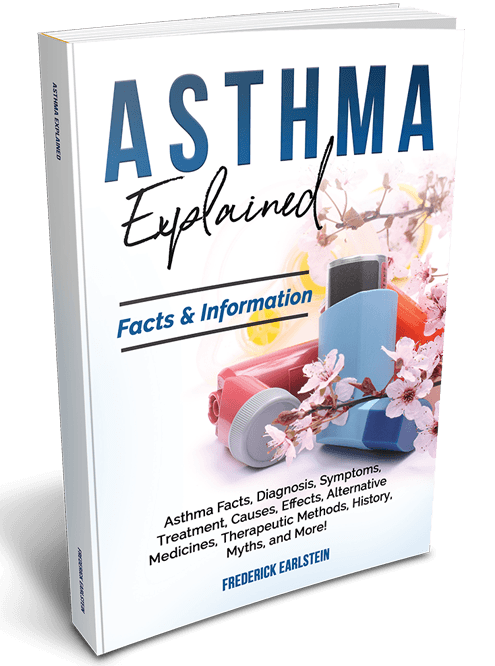