Chapter 1: What is Autism?

The word “autism” was first used by Swiss psychiatrist Eugen Bleuler in 1910.  His terminology was more appropriately the New Latin word “autismus” – derived from Greek “autos” which meant “self.”  The English translation of “autismus” is “autism.”  At the time, however, Bleuler was defining not autism as we now know it per se, but merely certain symptoms of schizophrenia.  For a long time, in fact, schizophrenia and autism were integrally linked in the minds of many researchers and medical scientists.

Nowadays, autism is considered a distinct neurodevelopmental disorder.  The essential use of the Greek term “self” does seem incisive in describing some of the behavioral symptoms that characterize this condition: impaired social interaction, verbal and nonverbal communication, and an obsessive, repetitive behavior which considers “outside influence to be an intolerable disturbance.” But what seems strange behavior to other people is also true in the reverse – that is, to individuals with autism, the world, and other people, may also seem strange and oftentimes overwhelming, and this can cause them considerable confusion and anxiety.

This is a lifelong condition, but depending on the severity of the symptoms and the effectiveness of treatments, some may still be able to lead relatively normal lives.  Studies support the theory that early intervention makes a significant difference in helping the person with autism cope with their condition.  That is why early diagnosis is important.

This chapter covers some of the basics regarding autism: its definition, a brief history, and the myths and misconceptions that have dogged autism since it was first observed in the early 1700s.

Under the Individuals with Disabilities Education Act (IDEA), autism is defined as “a developmental disability significantly affecting verbal and nonverbal communication and social interaction, generally evident before age three, that adversely affects a child’s educational performance.”  It is characterized by:

This is a lifelong developmental condition affecting the way a person relates to his environment and to other people.  The important thing to remember is that autism is not an illness or disease – it is a condition which affects the way people perceive the world, how they interact with others, and how they learn and develop.  It is not something that can be “cured,” but it is a condition which necessitates a different kind of support and lifestyle in order to help people with autism to live more fulfilling lives.  This is important because the difficulty they have in communicating – expressing themselves and understanding what other people think and feel, makes it doubly more difficult for people with autism to function in the world and to make themselves understood.

In 2014, the Diagnostic and Statistical Manual of Mental Disorders (DSM) 5 by the American Psychiatric Association (APA) has changed the general term of Autism to Autism Spectrum Disorder (ASD).  It is now considered an umbrella term encompassing disorders that were once considered separate such as autistic disorder, Asperger’s syndrome, childhood disintegrative disorder, and pervasive developmental disorder-not otherwise specific (PDD-NOS).  The use of the word spectrum means that it covers a wide range of difficulties – more severe for some than for others – in social communication, social interaction, and restricted or repetitive behaviors and interests.  No two people with autism will have exactly the same symptoms, although in general, a person with ASD will prefer to stick to a set of behaviors and will resist both major and minor changes to their daily activities.

In recent years, the number of children diagnosed with ASD has risen, but it is not year clear whether this is due to a real increase in numbers, or because of better detection and reporting of individual cases.

One of the major difficulties that people with autism have is the lack of understanding that other people have of their condition.  Myths and misconceptions, and even some very unfair judgments, have been made about autistic people , and their families, for years.  This lack of reliable information not only makes it more difficult for autistic people to be understood, it also makes their access to reliable support systems difficult.  Perhaps one of the more troubling realities is how much many of these misconceptions persist to this day.

The following are some of the myths and misconceptions about autism that still persist among people today: 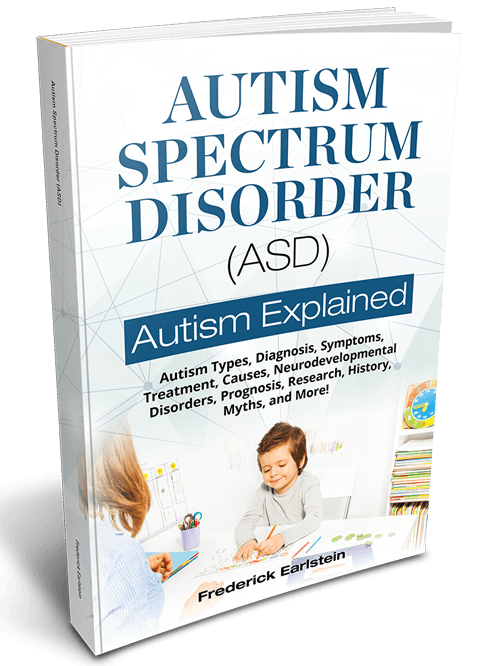