Before we delve deeper into what Type II diabetes is all about, it’s imperative to know the basic facts of the bigger picture. We’ll briefly discussed diabetes, some general facts, causes, symptoms and of course, its types so that you can further understand the condition in general.

As mentioned earlier, diabetes had been around since the ancient times. Back then Egyptians noticed that if your urine attracts the ants (or your urine is ‘sweet’), that means there’s something wrong with your system.

Of course, they had no idea what causes it or what this condition really means. We’ll further discuss the history later on in this chapter.

Diabetes Mellitus is still one of the most common medical syndromes that people face today. This condition has a classification of two types, there’s Type 1 diabetes and Type II diabetes. Type 1 is basically a syndrome in which the pancreatic cells that produce insulin are almost completely wiped out; type II is usually a dysfunction of these cells, to the point where the cells are no longer able to produce insulin that is effective in reducing glucose in the plasma.

The reasons for having type 1 diabetes are usually immune – mediated or in other words, your body’s immune system attacks the pancreas itself, and so the cells that produce insulin are no longer able to produce insulin. For type II diabetes, it is usually weight – related or genetically -related issue; people who have a family history of the diseases usually have a higher instance of diabetes which is related to type II.

People who were diagnose with either type 1 and type II requires medication, however, with type 1 diabetes, medication starts almost immediately. Most people don’t usually see any signs of symptoms, and if ever there’s any, the symptoms are often very subtle and therefore hardly noticeable.

You will know for sure if you have diabetes once you’ve done blood tests. There are four different criteria for diabetes. The first one is, if your glucose or sugar levels are 126 or higher, you are considered diabetic (first stage). The second criteria is your protein marker called hemoglobin A1C, which is a protein that measures a three month interval of your past glucose averages; if your hemoglobin A1C is considered 6.6 or higher that means you are diabetic. The third indication is the obvious symptoms which are excessive or rapid weight loss, excessive thirst, frequent urination, blurry vision, headaches, dizziness, and fatigue. These symptoms along your blood glucose level measuring up to 200 can deemed you as diabetic. The last one is a two hour glucose test, if your blood sample measures 200 or more then you are again considered diabetic.

The American Diabetic Association recommends that individuals who are 45 years or older especially those who have a body mass index of 25 or higher, must be screened at least every 3 years to detect diabetes especially if there are no prevailing symptoms. If your family has a history of the disease, then it’s highly recommended that you should be screened earlier to prevent and managed the disease.

Now that you have a general idea or a brief overview of what diabetes is all about, we will now focused on one of the major types of diabetes’ that has been a large contributing factor in many diseases today. In this section, you’ll be given an overview of what Type II diabetes is all about including some of its causes, symptoms, and management; you can also find further information about each topic in succeeding chapters. We’ll also bust some myths about type II diabetes so that you’ll have a better perspective on how to deal with this illness.

As mentioned earlier, type II  diabetes is the most common form of the disease, affecting almost 90% of patients worldwide.

Type II diabetes means that the body is unable to use insulin properly that is why it is also referred to as “insulin – resistant diabetes.” In the beginning the pancreas might try to hold up and extract insulin but overtime what happens is that the pancreas will be unable to produce insulin to keep the blood sugar levels normal. When these happen, the sugar then will start to build up in the blood which will lead to high blood sugar levels. It is different from type 1 diabetes because there is an absolute lack of insulin because of the damage to the cells in the pancreas which produces insulin.

There are lots of reasons or factors that contribute to type II diabetes but more often than not the major causes are obesity and genetics; according to researchers, these are the strongest contenders of type II diabetes. The simplest way (and probably the most cliché advice) to prevent diabetes or type II diabetes for this matter is none other than leading a healthy lifestyle – that means keeping a tab on your diet and you should regularly exercise to stay fit because it can ultimately delay and in some cases, prevent the onset of diabetes.

Type 1 diabetes is quite easy to treat and managed compared to type II, because the former only needs to be injected with insulin, but the latter is a bit different and perhaps quite complicated. Initially, physicians will recommend regular monitoring of your blood sugar levels and will encourage you to eat a healthy diet, but if that doesn’t work out, you may need to take medications, and for some people, especially those who are obese, may need to undergo a weight loss surgery. Type II diabetes is much more progressive than type 1, and if not treated properly or at an early stage, it can lead to serious complications and illnesses.

There are also lots of myths about people with type II diabetes, in this section, we will bust those myths out for you and give you nothing but facts.

Myth #1: Diabetes is not a serious illness

If you think diabetes is not serious then you’ll be dead before you know it! Diabetes alone can’t ultimately kill you but it will cause other serious complications such as cardiovascular diseases and even stroke. If you don’t prevent it or take proper measures, you’ll surely fall into its trap. 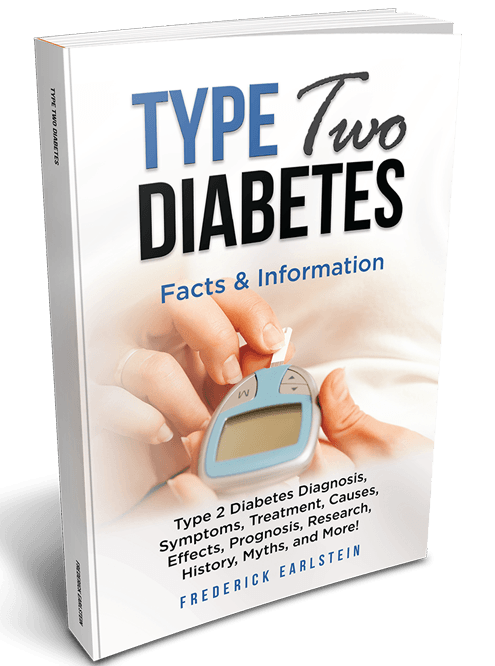