► Chapter One: What is Lyme Disease?

► Chapter Two: Ticks of the Ixodes Genus and the Family Ixodidae

► Chapter Seven: The Future of Research Into Lyme Disease

Chapter Three: Signs and Symptoms and the Stages of Lyme Disease

Lyme disease is an infection caused by the Borrelia burgdorferi bacterium.  In this chapter we take a closer look at this invading microogranism and the effects of its invasion into a person’s body.  The signs and symptoms and their severity which a person will experience depends on the dissemination of the infection in a person’s body, which are classified according to three different stages.

It bears stressing that different strains of the Borrelia bacteria cause Lyme disease in different areas or regions in the world.  Borrelia burgdorferi is the most common strain found in the United States, though it is by no means exclusive.

The spirochete Borrelia burgdorferi, which are spirally-shaped bacteria, is transmitted into a person’s skin via the tick’s saliva.  This saliva has certain components which disrupt the body’s normal immune response, thereby also providing protection to the infectious bacteria, allowing them to settle themselves in the local area.

As the spirochetes multiply, they spread outwards over the skin, causing the characteristic bull’s eye rash, also called erythema migrans – though again not everybody who gets Lyme disease will manifest this characteristic rash.  In the following days and weeks, they will slowly enter the bloodstream, where they can then gain access to the rest of the body’s tissues, via the circulatory system.  As the bacteria spreads, so do the symptoms.  The incubation period, or the time from infection to the time when the symptoms appear, is variable – sometimes a few days, or as long as several months or even years.  In general however, it takes about one to two weeks before symptoms manifest.

Many of the symptoms that a person manifests actually stem from the responses of their immune system to the foreign bacteria in each localized area.  The difficulty is that the Borrelia burgdorferi bacteria is pretty adept at hiding itself.

The Borrelia burgdorferi bacteria makes use of the protein plasmin from the tick’s saliva to hide from the immune system, while at the same time reducing its expression of surface protein – which are what are usually targeted by neutrophils.  It might also be possible that the Borrelia burgdorferi avoids detection by mimicking some of the body’s proteins because of similar epitopes.  They are thus perceived as non-threatening, or are even accepted by the body as its own.  So while the body sets itself up to defend itself, it does not produce enough antibodies or neutrophils to effectively combat the foreign invader.  Meanwhile, the bacteria spreads and thrives, surpassing and, in the process, interfering with the immune system.

While proving ineffective agains the invading bacteria, the body’s lengthy and damaging immunological response to the presence of a foreign invader are largely what cause many of the symptoms of Lyme disease.  The bacteria imitates normal body cells, confusing a person’s immune system, which can then attack ordinary body tissues.  When the body starts producing antibodies against its own cells, it throws the immune system completely out of balance, possibly causing autoimmune conditions.  The chronic nature of Lyme disease can often be traced to this resulting disorder within the immune system, which continues even when the Borrelia bacteria has already been removed.

The Three Stages of Lyme Disease

Because of the pervasiveness of the bacteria Borrelia burgdorferi, it can have a multisystem effect, and multiple organs and systems in the body can be affected.  The symptoms are highly variable, and not everyone can experience all the identified symptoms of Lyme disease.  Many of these signs and symptoms are similar to those experienced with other diseases, which often lead to misdiagnosis.  For this reason, and perhaps due to the adaptive nature of the bacteria Borrelia burgdorferi itself in hiding within a person’s system, Lyme disease has sometimes been referred to as “The Great Imitator.”

The progress of Lyme disease is based on the spread of the bacteria within a person’s system, and the level of inflammation and the resulting tissue damage.  As the disease advances, more bodily systems become affected, and the symptoms grow more severe.

In the early localized stage, Lyme disease visibly affects the skin.  Erythma migrans (EM) is one of the best clinical indicators, though this only occurs in about 50% of those who are infected.  EM starts as a red papule at the site of the tick bite, appearing within 3 to 32 days after the bite.  When the infection spreads, the reddish area also expands, creating a larger reddish ring around the center, and a clear area in between – resembling a bull’s eye.  This may be hot to the touch, or warm, but is generally painless.  The inner rash grows a darker red, and becomes indurated – or thicker and firmer to the touch.

In other cases, the EM appears as a simple red lesion without the bull’s eye appearance, and there are those who will not develop any sort of rash at all.  These usually fades or disappears within the next 3 to 4 weeks.

A person may also develop other, flu-like symptoms such as headaches, muscle soreness, malaise, fatigue, chills, stiff neck, fever, myalgias, and arthralgias.  When a person develops these flu-like symptoms, without having shown signs of EM or a rash, there is a great possibility of misdiagnosis.  But while the symptoms may be intermittent, malaise and fatigue may still linger for several weeks.

As the infection spreads, EM, or smaller and secondary lesions may appear in other locations other than the original site of the tick bite, but without the inundurated centers.  In Europe, some patients also develop borrelial lymphocytoma, which is a purplish lump that can develop either on the ear lobe, nipple, or the scrotum.   A person may also experience some brief arthritis attacks, and migratory pain in the joints.

Secondary symptoms that may arise from the above conditions can include severe headaches, neck stiffness, sensitivity to light, sleep disturbances, memory loss, mood changes, abnormal heart rhythm, malaise and fatigue, abnormal skin sensations, and an inflammation of the spinal cord’s nerve roots which can cause shooting pains. 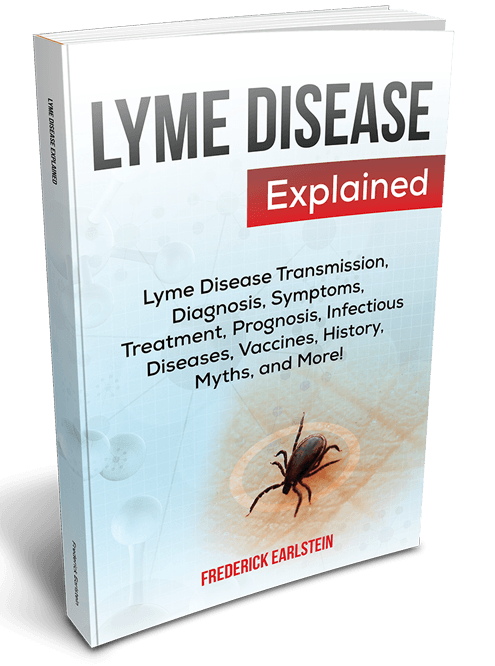