► Chapter One: What is Guillain-Barre Syndrome?

► Chapter Three: Causes of the Disease

Chapter One: What is Guillain-Barre Syndrome?

As you may already know, Guillain-Barré Syndrome is a condition where the body’s own immune system starts to attack the peripheral nervous system. This condition is fairly rare and doctors still do not understand exactly what causes it, but there are some viable treatment options. Before you can understand the treatment options for this condition, however, you need to understand what it is and how it affects the body. You will learn all of these things and more in this chapter which will prepare you to better understand the content in the rest of this book.

The most important thing you need to understand about Guillain-Barré Syndrome (GBS) is that it is an autoimmune disease. Autoimmune diseases come in many shapes and forms but they all have one thing in common – they result in the immune system attacking healthy cells and tissue in the human body. But how exactly does autoimmune disease occur and what effects does it have on the body?

According to the American Autoimmune Related Diseases Association (AARDA), autoimmune disease in all of its different forms affects as many as 50 million Americans. The immune system is designed to protect the body against pathogenic bacteria and viruses as well as other potentially harmful things that invade the body. When pathogenic materials (called antigens) enters the body, it activates the immune system into producing antibodies. These antibodies are developed to attack a specific antigen. Unfortunately, in the case of autoimmune disease, the immune system starts to attack healthy cells and tissues in addition to the antigens it is supposed to be fighting off.

In the case of Guillain-Barré Syndrome, the immune system starts to attack the cells and nerves in the peripheral nervous system. This results in a number of different symptoms, most of which are related to sensations and activity of the extremities which can then spread throughout the entire body. The first symptom of Guillain-Barré Syndrome is often weakness or tingling in the extremities, followed eventually by paralysis.

Unfortunately, the cause of Guillain-Barré Syndrome is unknown and in severe cases, it can be a medical emergency. Most people suffering from this condition need to be hospitalized at some point, especially in cases of total paralysis. When the body becomes paralyzed, the person may have difficulty breathing and the paralysis can also affect the heart rate and blood pressure. Even in severe cases like this, however, recovery is possible. There is no cure for Guillain-Barré Syndrome but the symptoms and progression can be managed with medications and certain therapies. Specific dietary changes may also help to reduce autoimmune activity which can slow the disease.

The disease now known as Guillain-Barré Syndrome was first described by a French physician named Jean-Baptiste Octave Landry in 1859. It wasn’t until 1916, however, that the key diagnostic abnormality associated with the disease – albuminocytological dissociation, or an increase in spinal fluid protein concentration without an associated increase in cell count – was described. This description was made by Georges Guillain, Jean Alexandre Barré, and Andre Strohl. The description was made when these physicians diagnosed two soldiers with the condition.

In 1951, a British neurologist by the name of Edwin Bickerstaff described a variant of the disease which involved brainstem encephalitis and, in 1956 a Canadian neurologist by the name of C. Miller Fisher described another variant of the disease. Though these variants were briefly mentioned in the report written by Georges Guillain, they were not fully described until 1938. Since this time, other subtypes of Guillain-Barré Syndrome have been described such as an axonal subtype, one type causing pharyngeal-cervical-brachial weakness, and another causing pure ataxia.

Though the various forms of Guillain-Barré Syndrome were described during the 1930s, it wasn’t until the 1970s that diagnostic criteria for the disease were developed. This development occurred following a series of cases that were linked to the swine flu vaccine. The diagnostic criteria were refined in 1990 and the case definition for the disease was revised in 2009 by the Brighton Collaboration for the sake of vaccine safety. The first use of plasma exchange for the treatment of Guillain-Barré Syndrome occurred in 1978 and the use of intravenous immunoglobulin was first introduced in 1988. 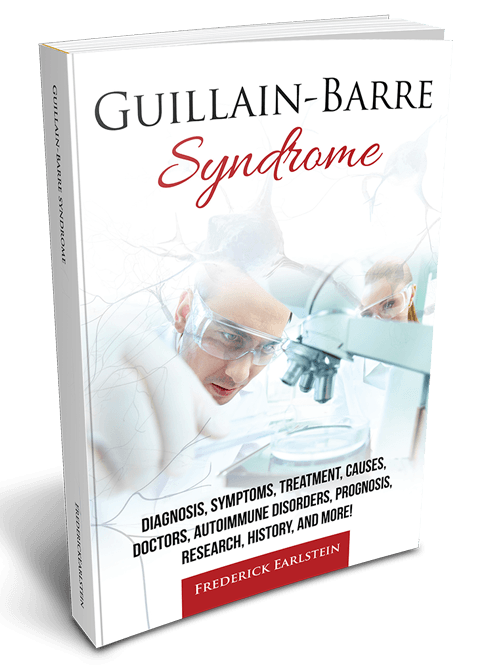