► Chapter One: What is Gout or Gouty Arthritis?

► Chapter Nine: Gout and Other Forms of Arthritis

One of the first things that physicians do is to get over the acute flare, and depending on the doctor or how well – experience he/ she is, they often use anti – inflammatory. Your physician will prescribe the medication that they prefer. Usually the drug therapy depends on the co – morbidities so that it can prevent aggravation of other possible illnesses.

Other drugs include corticosteroids which can be injected or be administered by mouth. Sometimes doctors also prescribe non – steroidal inflammatory agents that are available over – the – counter. It also includes hundreds of drugs called colchicine.

Once the gouty attack or episode is over, the next step is to initiate therapy to lower uric acid. Now it can be argued that if patients only had one episode of gout, perhaps it’s best to wait for the second episode to really be certain of the diagnosis. We can also argue that if you are sure the first – time, and crystals are formed then it should be treated as soon as possible since it’s a kind of disease that can go on forever because it is chronic and incurable. The goal here is to reduce uric acid levels and reduce it below 6 as much as possible.

As mentioned earlier, when you lower uric acid levels, it may well precipitate an attack of goat. Some people or patience may interpret that as a failure of drug therapy but it’s not because it’s to be expected. We know now that at the same time doctors initiate medicine to lower uric acid, they also need to put their patients on something in order to prevent the attack of gout which could be anti – inflammatory or colchicine.

The final treatment is to treat these people chronically. As mentioned earlier, doctors need to monitor and watch them over time; it needs to be treated over time and be considered as how one would treat patients with diabetes or chronic illnesses. They also need to check uric acid levels. However, if the patient or physician doesn’t think about it, uric acid levels may not be routinely on the blood test which is why it should be kept in mind.

The other essential point is that prophylaxis probably needs to be kept for several months. Historically, people used to think that just a few weeks will be good, but what doctors know today is that it should be between 4 to 6 months.

Colchicine actually has an interesting history because it has predated the FDA and it has been around for hundreds of years. But just in the past few years, this drug has become branded which is why it’s also called colcrys. It’s essential to do that because the drug – drug interaction and some of the toxicity as well as the appropriate way of drug dosage.

Generally speaking, there’s a lot of mechanism by which colcrys can benefit inflammation and gout patients.

Evidence for the Use of Concomitant Anti – Inflammatory Prophylaxis

As mentioned earlier, when it comes to starting a drug therapy in lowering uric acid, one should keep up the intake of colchicine for as long as 6 months. Again, it’s not something that physicians have always done in the past. According to a small study, if the patient gets nothing (no colchicine intake), the patient can suffer about 4x as many attacks of gout compared to a patient who was given colchicine within the same period that they started the drug to lower uric acid.

When the experiment was taken out to 6 months further, the difference between the patients who didn’t take colchicine versus to those who did is even greater.  So what we know now is that a patient starts to lower uric acid, one needs a second medicine to lower gout attacks.

According to another study about the pain score of patients taken in 24 hours after they had a gout attack. What researchers looked is the doses of colchicine (low doses compared to high doses compared to placebo). Physicians even today have been trained to give patients colchicine during an acute gout attack, one tablet every hour until they got sick.

If you take 6 tablets, the side effects may include diarrhea, nausea, severe cramps and vomiting but your gout will be doing great. Nowadays, doctors just recommend low doses like 3 doses rather than 6 doses. The pain response in 24 hours is just about the same in either group. There really is no reason to use this regime of one tablet every hour until you get sick.

If you get gout attack, the recommendation of the doctor today, this two tablets of colchicine at the first sign of flare or symptoms and to take one tablet one hour later and do nothing for the next 24 hours and then start again with one tablet a day. For prophylaxis, if your doctor decides to start you on your uric acid as the lowering drug therapy, the recommendation is to take either one or two tablets a day for as long 4 to 6 months as previously mentioned. 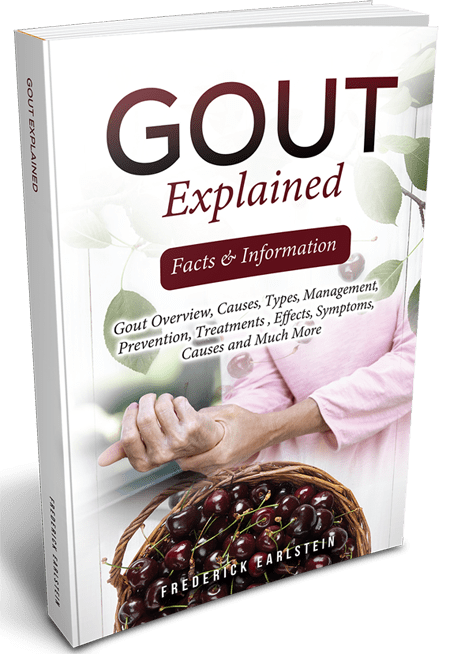