► Chapter One: Introduction to Eating Disorders

Are you desperately concerned about how you look? Has your urge to eat less food gone unchecked? Do you feel like you have to exercise excessively to punish yourself from eating a lot? If so, you may not know it but you may be suffering from an eating disorder.

Eating disorders, such as anorexia, bulimia and binge eating, are very serious and complex illnesses that are marked by acute disturbances to a person’s behavior towards eating. They can be triggered off by different factors or a combination of influences such as genetics, behavioral, biochemical, environmental, social and cultural backgrounds, even a history of trauma.

Eating disorders can affect people of different ages, body weights, genders and racial backgrounds. People may appear healthy but they can be suffering from an eating disorder. Some people can be thin but are actually medically healthy. You cannot diagnose anyone with how they look.

It is important to remember that eating disorders are usually biologically-influenced medical conditions and not just simply lifestyle choices. No one deliberately chooses to suffer from bulimia or anorexia. No one purposely starves or purges himself without reason. Being affected by this disorder doesn’t mean you have a character flaw. But it can be a result of an underlying biological or psychological condition that needs to be addressed. For people that use food and detrimental behaviors to address stress and anxiety, eating disorders can help alleviate the bad feelings in the short term. However, in the long term, this can lead to more serious complications.

Eating disorders are multifaceted illnesses that include a wide range of conditions that brings about a strong obsession with food, appearance and weight, so strong that it can interrupt and mess up a person’s health, relationships, daily activities and work or studies. There are different kinds of eating disorders and each of them are complex and affected and triggered by a variety of factors, each different for every person.

There is no single factor that can cause eating disorders. Following are a number of risk factors that may contribute to its development:

The genetic inheritance of every person affects not only their body size, weight or structure but also their behaviors. Some patients are inclined to eating disorders because it runs in their family. Studies show that there are specific chromosomes that are linked to anorexia and bulimia. To date, researchers still work on identifying which DNA variations can lead to the compounded risk of acquiring eating disorders. Brain imaging studies have also shown that there is a significant difference in the brain activity of people who suffer from eating disorders compared to those who are healthy. People who have family members that suffer from an eating disorder have a heightened risk of developing an eating disorder, too. Eating disorders are transmissible. Understanding this can help with the detection, diagnosis, treatment and management of eating disorders.

According to research, people suffering from anorexia or bulimia tend to have higher levels of cortisol, the biochemical that triggers stress. Other studies show that people with anorexia suffer from low levels of serotonin. Serotonin is the biochemical that is often called the “happy hormone” as it brings about a feeling of happiness and well-being. Serotonin regulates a person’s mood, appetite, sleep, digestion, memory, sexual desire and social behavior. Low serotonin can bring about depression which can trigger eating disorders.

Other studies have shown that even healthy people who have no eating disorder can trigger an obsessive behavior concerning food and anxiety when they have bouts of semi-starvation. They can go into a cycle of depression and neuroticism which can affect the way they eat and the way they view food.

People suffering from eating disorders usually have irregular hormone functions that affect their behavior towards eating. There are various hormones in the body that regulate moods, sleep, stress levels and appetite. Studies have identified specific neurobiological variances in the brains of people who are suffering from eating disorders such as bulimia, anorexia or binge eating.

These variances affect how a person views food, how he eats, how he handles anxiety, how he makes decisions as well as his disposition. Brain imaging shows that brain circuitry that has been altered can contribute to the development of eating disorders. People who have anorexia have the ability to constrain their appetites, binge eaters are susceptible to overeating every time they get hungry and people with bulimia cannot control their purging impulses—all these are caused by variances in the anterior insula, anterior ventral striatal pathways, serotonin pathways, and striatal regions in their brains. 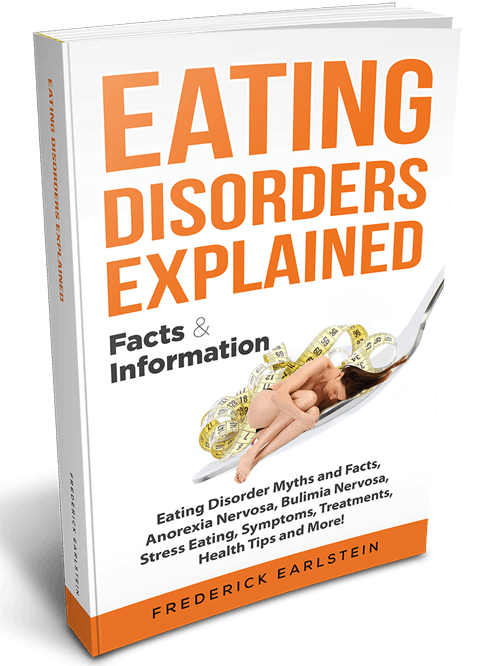