► Chapter One: What is Charcot Marie Tooth Disease?

► Chapter Three: Causes of the Disease

Chapter One: What is Charcot Marie Tooth Disease

Given the name, you might assume that Charcot Marie Tooth disease is some type of periodontal disorder. In reality, however, it has nothing to do with the teeth – it is actually a type of neurological disorder affecting the peripheral nervous system. Often shortened to CMT, Charcot Marie Tooth disease is a very serious condition and it is more common than you might realize. In this chapter you will learn the basics about CMT including what it is, its history, and how it fits into the spectrum with other common nervous disorders.

The name Charcot Marie Tooth disease is applied to a group of inherited conditions that affect the peripheral nervous system. The peripheral nerves are those located outside the brain and the spinal cord. There are actually more than seventy different manifestations of CMT, each one caused by a different type of genetic mutation. New causes of CMT are being discovered each and every year as advances in genetic research are made.

Because CMT is an inherited condition it is not caused by any environmental factors – this also means that it is not contagious. Most types of CMT are passed down from one generation to the next – this is an example of dominant inheritance. Some types of the disease, however, are recessively inherited – this means that someone can have CMT even if their parents do not. In cases like this, both parents usually have a mutation in one of the two copies of the CMT gene that they carry which results in the child having two copies of the mutated gene. In rare cases, it is possible for spontaneous mutation to occur – this can happen even if neither parent has the disease.

Charcot Marie Tooth disease is the most common genetically inherited peripheral nerve disorder. This disease causes damage to the nerves that carry important signals from the brain and spinal cord to the muscles – they are also responsible for relay sensations including touch and pain. In many cases, CMT causes weakness and atrophy in the muscles as well as some loss of sensation in the hands, forearms, lower legs, and feet. Due to the abnormal tightening of muscles and the surrounding tissues, CMT can also lead to contracture, or stiff joints.

Though there are many specific causes for the different types of CMT, the general cause is a genetic defect. This defect affects the genes for certain types of protein which carry electrical signals between the spinal cord and brain to the rest of the body (called axons). It can also affect the proteins that regulate myelin, the coating on the axons. Specific genetic mutations are linked to specific types of CMT and there are more than 70 types that have been identified by researchers.

The onset and manifestation of CMT can vary depending on the type. Some cases manifest as early as birth or the disease can remain dormant until adolescence, adulthood, or late adulthood. The progression of the disease is fairly slow and it can cause different symptoms in different people. For the most part, CMT is not a life-threatening condition because it rarely affects the brain. It can, however, affect the nerves running between the diaphragm and the intercostal muscles which, in some cases, can result in respiratory impairment. There is still a great deal of research to be completed regarding the causes and types of the disease and there are several ongoing clinical trials testing different forms of treatment.

Charcot Marie Tooth disease is named after not one but three physicians who were the first to describe the condition in 1886. These three physicians were Jean-Martin Charcot, Pierre Marie, and Howard Henry Tooth. The first description of the disease was published by French Professor Jean Martin Charcot (1825 – 1893) and his student, Pierre Marie (1853 – 1940). These two physicians called the disease peroneal muscular atrophy because it caused distal muscle weakness and wasting of the muscles, starting in the lower legs.

In 1886, English physician Howard Henry Tooth (1856 – 1926) described the same disease in his dissertation at Cambridge University. He called the disease peroneal progressive muscular atrophy. Though he was not the first to describe the disease, Tooth was the first to accurately attribute the symptoms to neuropathy instead of myelopathy as his predecessors had done. In 1912, another physician by the name of Hoffman described a case of peroneal muscular atrophy accompanied by thickened nerves – this disease was first named Hoffman disease but was later renamed Charcot-Marie-Tooth-Hoffman disease.

Charcot Marie Tooth disease was divided into two subtypes in 1968 – these were called CMT 1 and CMT 2. The two types were originally differentiated based on certain pathologic and physiologic criteria but later were subdivided even further based on the genetic cause of the disease. It has been hypothesized that, with developments in genetic testing, all of the different types of CMT will eventually be distinguished from one another on the basis of their genetic causes. 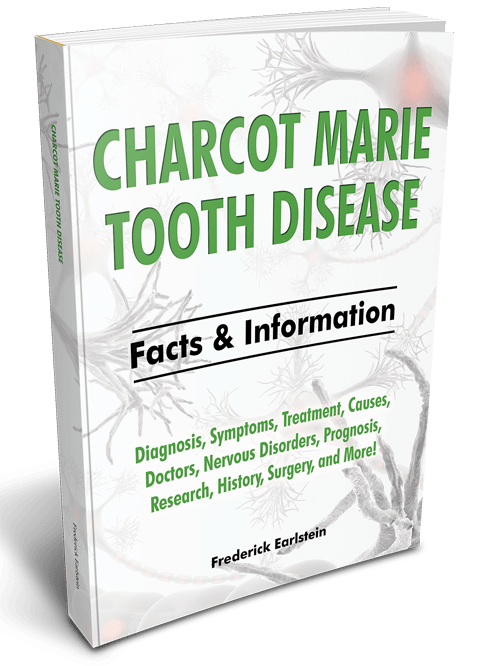