► Chapter 5: Other Causes of Bipolar Disorder

► Chapter 7: The Future of Bipolar Disorder

People with bipolar disorder as what you have learned earlier go through lots of emotional ups and downs. The degree of their experiences varies from one person to another. Before learning about the underlying causes of this condition, before learning the signs and symptoms to watch out for, and before you can fully grasp its effect in general, you should first and foremost understand its various phases, so that you’ll have an idea on what to do in case you and your loved will experience such episodes.

The most common types are mania and depression, however in some severe cases, mixed episodes, seasonal patterns and rapid cycle also occurs.

This is probably the upside of having a bipolar disorder, because in a way when the patient is experiencing manic or mania, he/she is in an elevated emotion or he/she is experiencing overwhelming happiness. A person can experience feeling “high” and it includes feelings of confidence, uniqueness, as well as a boosted self – esteem even in hopeless situations.

The downside of mania is that when people experience it, they suddenly feel invincible; their feelings of being “powerful,” cloud their judgment, and overestimate their abilities and ideas. The feeling of being “bulletproof or overconfidence” can be used as an advantage if applied to a certain purpose, however this same attitude and overwhelming energy can also somewhat harm them because they are blinded by this feeling and therefore have no concern whatsoever for the actions they will take.

Their ideas and thoughts can become extreme to the point that when they speak about it, no one could actually stop them.  Try imagining, sort of like a Eureka moment; it is mostly seen in films where a scientist discovers something like a formula that can change the world. Most of the time, the characters begin talking like a madmen, where no one can interrupt them because their speaking abilities can’t even keep up with the thoughts and ideas running through their head. When a person experiences extreme manic episodes, they speak and act like a madmen.

They could exaggerate everything, and could even burst out into singing or dancing spontaneously for no reason at all. It is fun to watch and may be bearable if you are at the privacy of your homes, but if this behavior randomly strikes outside or during events it can be disturbing for others, and can also be dangerous. Hospitalization may be required immediately.

Manic episodes also have psychotic symptoms. Psychosis is simply the state in which a person can’t tell what’s real and what’s not. Simply put, they act like they are high on drugs. Manic people could have hallucinations, false beliefs such as believing that they have superpowers or their identity is different. If you notice that your loved one has these kinds of symptoms, consult a psychologist immediately before it goes out of hand.

Bipolar people experiencing a state of mania can have overflowing energy wherein they only sleep for about 3 hours maximum in a day. Friends and family or anyone in charge of taking care of them could become exhausted because of this overwhelming level of activity.

Some people would say that everyone at some point of their lives goes through depression. This inevitable state could have many causes or reasons on why it affects people, reasons such as death of a loved one, painful loss, defeat or heartbreaks from a relationship. That feeling could linger on for days, weeks, months and for some people (even those who are completely normal), they could be depress form years.

For patients diagnosed with a bipolar disorder, it is even worse to the point that they can’t even get up and they choose to only stay in bed all day. Their mind is moving at a very slow pace, and they don’t have interest or would easily lose motivation in any kind of activity. Usually patients undergoing this episode feel like they are worthless creatures, that everything they do are meaningless, that their lives have no purpose. This could actually be potentially dangerous, and it is highly recommended that you always be with the patient during these down moments because it can eventually lead to them taking their own lives. It’s important that they have relative or close friends nearby who will never give up on them and will be with them throughout this fleeting episode to avoid any accidents.

Other effects include gaining too much weight over a quick period of time, very low activity level, suicidal thoughts or even suicidal attempts. Like in a manic episode, depressive episodes can also be severe.

As what the name suggests, this phase or episode will experience symptoms of mania and depression at the same time. It can often time result to irritability, aggression, hostility and they could also cause harm to other people if not treated properly and immediately. They would usually be prescribed with a medication or may need to stay longer in the hospital to monitor their behavior, and should have a clearance first with a psychologist. 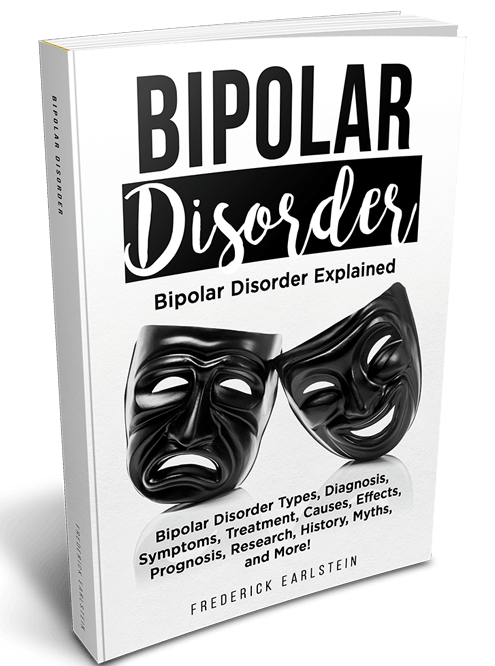